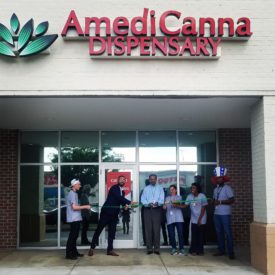 Maryland medical marijuana sales increased in 2019-2020 to almost twice the 2018 sales. Maryland  dispensaries like AmediCanna of Baltimore had registered record sales of about $128.8M by the end of July, in that year. Research shows that the demand for medical marijuana had increased. The number of registered and certified patients shot to more than 100,000 and around 75,000 in that order. Moreover, there was an overwhelming number of business operators that scrambled for 14,000 available licenses.

The hitherto slow marijuana industry in Maryland recorded sales of nearly $100 million between July to December 2018. Even New York, Illinois, and Massachusetts combined could not equal Maryland sales. Here is how the other three states had fared in their medical marijuana sales: 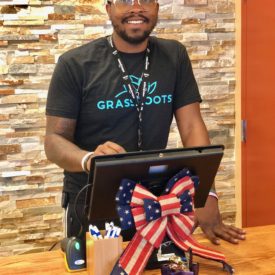 The state of Maryland had begun with about 11,000 registered marijuana patients in 2017. With the number rising to 39,276 in 2018, a solid, a more than 200% growth rate emerged. The other three states still struggled with a patient number either of 13,000 or below. Notably, 1000 medics were in the database as registered to handle marijuana patients and recommend the drug. Maryland overtook the other three as these statistics show:

This shows the underlying nature of those pressing demands.

According to the Maryland Reporter, medical marijuana boosted tax revenue. The drug injected $10,371,437 into the state revenue in the 2019 financial year. The figure was more than what the entire state spent, which was to the tune of $5,608,806. Proceeds from medical marijuana sales could have funded the state expenditure that year. This figure marked a magical leap from about $3.5M in the previous year. In New York, cannabis processors earned less than $35M. Yet Maryland companies earned a whopping $96 million altogether. This achievement came despite the many difficulties that face entrepreneurs.

Opening a cannabis shop in the state has been difficult. The following ailments sent most patients the marijuana way:

In the year 2019, the number of marijuana patients in the state of Maryland stood at 99,912. The state had a total population of 6,045,680 people. The number of patients translates to 1.65% of the total. By all means, this is not a small number of patients as compared to other states like New Jersey. NJ registered 51,000 patients out of a possible 8,882,190. The percentage of 0.57 is lower than Maryland’s. These statistics explain why there was a surge in medical marijuana sales that year. It is noteworthy that:

• Missouri and Maryland’s populations are almost at par (Missouri has 6,137,428 people as at 2019)
• The number of marijuana patients in Maryland is double that of Missouri- Missouri had 44,097 patients.

The resilient medical marijuana business has remained intact despite the heavy toll that Coronavirus has had for many companies. While other companies are going down, medical marijuana sales continue to rise. Experts have associated this with panic buying. Patients with underlying medical conditions that required medical marijuana panicked. No one wanted to be in a situation where they cannot move outside, yet their stock of this essential drug is over. The Coronavirus situation continues to be unpredictable. Even then, medical marijuana sales may still maintain a steady increase. The Maryland Medical Cannabis Commission has been supporting efforts to make the drug more accessible to patients during this crisis.