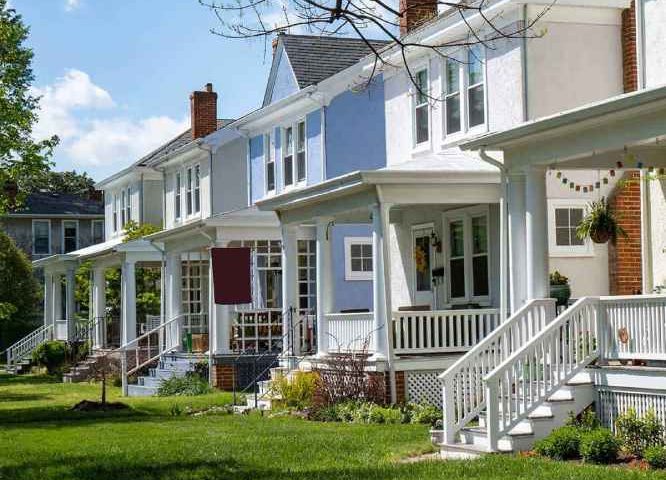 There is intense competition in the Richmond real estate market. On average, there are 6 buyers for a home in Richmond, and the sale takes place in 9 days. Last month, the median transaction price of a property in Richmond was $343,000, an increase of 18.3% over the same month a year ago. The average cost for a square foot of real estate in Richmond is $208, an increase of 12.7% annually. As of August 2022, the median home price in Richmond was $338,000, an increase of 16.4 percent from the previous year. Most desirable properties receive many bids, some of which have no conditions attached. On average, houses sell for 4% more than their asking price and go under contract in roughly 9 days. A hot property might fetch a premium of 10 percent more over the asking price and go pending in around 5 days. Between June and August of 2022, 27% of homebuyers in Richmond looked to leave the city, while 73% looked elsewhere within the metro region.

There are now 1119 residential listings in Richmond, Virginia, including 126 brand-new constructions. While it took an average of 187 days to sell a property last year, today’s market only takes 42 days. There are 71 elementary schools, 44 middle schools, and 32 high schools in the Richmond City County R-1 School District in Virginia. Great Schools gives these schools an average rating of 3 out of 10. In August of 2022, the median home price in Richmond, Virginia, was $307,975. The same year in August, more persons were trying to purchase a home in Richmond, Virginia, than there were residences on the market.

The following data presents the percentage change in many important housing indicators for the Richmond Metro Housing Market between August 2021 and August 2022. The housing market’s health and whether or not properties are becoming more or less affordable may be inferred from the trend and pace of price changes. The Richmond Metropolitan Area is now a seller’s market based on these indicators. However, rising mortgage rates affect home sales and limit home price appreciation. Single-family home listings fell by 29.6 percent, while condo and townhouse listings fell by 13.7 percent of total listings. A year ago, pending sales of single-family homes fell 22.2%, while pending sales of condos and townhouses were down 12.2%. The median sales price of a single-family home rose by 10.1% to $380,000, while the median sales price of a condo/townhouse rose by 14.2% to $317,500.

Over the previous decade, the population of Greater Richmond has increased from 1.2 million in 2010 to over 1.3 million today. It is an average daily increase of 32 individuals. As a result, Richmond had a 0.9% annual increase in median household income and a 2.1% increase in median home value. As of April 2022, Richmond had a 2.8% unemployment rate, but the city had a 1.8% increase in jobs over the previous year. The Federal Reserve Bank of St. Louis estimates that the Richmond MSA’s GDP is over $76.2 billion, an increase of over 16% over the past decade. The Richmond metropolitan region has a median family income of $71,223 and a per capita income of $39,237.

Statistics show that the Greater Richmond area has become a sellers’ market. Buyer demand is high, and new construction is slow, leading to a chronic shortage of available homes. When all of these tendencies are taken into account, it becomes clear that sellers are the ones who come out on top. The population of the Richmond metro region has increased by 11% in the most recent census. Most (51%) of Richmond’s new inhabitants are Americans, while the other 25% are foreign. The job market in Midlothian County, which is west of Richmond, rose by only 1.8% in 2020. However, projections show that it will much outpace that growth rate over the following decade, expanding by 37.5%. Home prices in Richmond have risen by 15.1% in the past year. The value of a home has soared by 65 percent in the last five years. Most Richmond single-family houses cost around $325,000. The typical cost is about $201 per square foot. At 647,000 dollars, Ginter Park has the highest median listing price in Richmond’s 120 different communities. To buy a property in Richmond for around $147,500, your best bet is to look in the Jeff Davis neighborhood.

Home prices in Richmond, Virginia, saw a year-over-year increase of 15% in August 2022, when the median listing price was $345,000. Pricing per square foot for listed homes was a median of $207. The average price of a house that sold was $336,500. Homes in Richmond, Virginia, often sell in less than two months. The median number of days a home spends on the market has increased over the past month while decreasing from last year. There are now 1,658 houses in Richmond, VA, with 204 added to the market in the past week alone.

7. Rise in 3% House Price in Virginia Every Year

CNN Money named Richmond, Virginia, one of the year’s most competitive housing markets not so long ago. Since then, house prices in Virginia’s state capital have risen steadily, on average, by 3% yearly. Consequently, the median property price in the area has increased from last year to the present ($221,500). During that period, the median home price in Richmond, Virginia, was around $10,000 more than the median price in the United States. The local market emerged from the depths of the crisis thanks to the gains made over the past three years. As a result, it shouldn’t come as a surprise that Richmond’s unemployment rate is only 5.7%, or 0.4% lower than the national average.

Richmond, Virginia, the state capital, has the best housing market for first-time buyers in the whole state. Compared to the national average of 60% for November, Richmond, with its population density, had the highest bidding war rate, at 80%, among 44 metropolitan regions. The median price of a brand-new starter house is $316,000. It is an increase of 12% from a year ago. The New Property Pending Sales Index (PSI) is up 22.6% from 2019 but down 16% from the previous year.

Statistics show that houses are selling at a rate almost twice as quickly as in the past. In Central Virginia, the average number of days on the market dropped to 18 in 2021 from 42. On the other hand, one of Rashkind’s Westover Hills properties recently had 96 showings and sold for 45% more than the asking price. The typical sales price of a home in the United States rose to $375,300 in 2021, up nearly 15% from 2020. The median sales price over the same time frame increased to $315,000 from $305,000. Also, in Central Virginia, homes typically sold 102% more than the listing price in 2017.