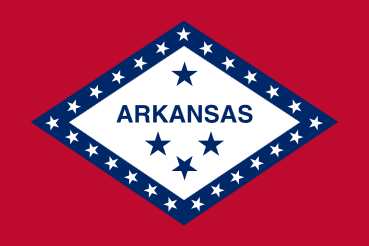 The future outlook for residential rental properties in the state of Arkansas is not expected to change according to 1800SellNow.com, however. As a projection for the year 2021, rent prices on Arkansas residential real estate properties are expected to change at a rate of 0.0%, holding steady again for now as they have for the past few years. This lack of change is excellent news for renters who benefit from steady rent rates. But stable rent pricing does indicate that rental properties in Arkansas do have room for rate increases in the years to come in a rental market that already maintains rent per square foot pricing well over 30% below the national average for similar properties.

The largest volume of residential real estate properties that were sold in Arkansas in the past 12 months was between the price points of $117,890 and $235.621. This segment of the market comprised a whopping 36.5% of the home sales in Arkansas, with the next largest segment coming in at 26.2% of the market while the smallest market share represented just .6% of all home sales. This market segment represents a relatively affordable home price both in the state as well as compared to state averages across the US. Arkansas real estate continues to provide affordable housing statewide for homeowners moving to the state or relocating inside of Arkansas.

In the month of October 2021, the state of Arkansas only showed 6,255 homes on the market, equivalent to one month’s worth of available home inventory. This volume of available Arkansas real estate shows that the market in this state is solid and reflective of what can reasonably be described as a seller’s market. This trend toward seller’s markets for residential properties is continuing in Arkansas just as it has nationwide over the past year. Like in other mostly rural states, available home inventory is spread out throughout the state and some of the larger cities may have fewer properties than other similarly sized cities in other states.

Long known as a part of the state with ongoing population growth, the city of Little Rock and its surrounding areas recorded over 5.9% population growth in the last 8 years alone. With over a quarter-million residents in the greater Little Rock area, this rate of growth is high enough to rank the area as one of the larger metro areas in the country like the Dallas-Fort Worth metropolitan area in northern Texas. This population growth rate also indicates that the residential real estate markets in this Little Rock are reflective of the continued move from rural to urban markets within the state and across the nation.

The northwest region of Arkansas comprised of Bentonville, Rogers and Fayetteville primarily, has experienced high population growth in the past 5 years. This region’s growth rate has rocketed past other heavily populated areas in the state like the greater Little Rock area, bringing new businesses and interest in the stunning region of the state along with the increase in population. The northwest region’s explosive growth in this time period has resulted in a much higher housing price increase of 44.2% in this same time period in comparison to other areas of the state. The high desirability of the region’s affordable housing has resulted in lower inventory for home buyers and an increase in home prices as well.

The central Arkansas real estate market is also hot. Home sellers in the areas surrounding cities like Alexander, Arkansas, have seen between 30 and 40% of homes selling for more than their listed value, according to area real estate agent Tom Baxley. While the northwest region of the state is well-known for its rapid growth and seller’s market, smaller areas in the central part of the state are also seeing similar seller’s market situations. Realtors across the nation, as a result, are suggesting to buyers to create strong offers and to make sure that they are prequalified before submitting any offer in order to successfully purchase a home in such a strong seller’s market.

In the state of Arkansas, the seller’s market continues to prevail over residential real estate listings. The median number of days that a property is on the market in the state is now sitting at 41 days. This represents a change of -13% in a year-over-year comparison whereas five years ago the average days on the market was a sky-high 110. This relatively short number of days on the market currently confirms the seller’s market situation, allowing the seller to retain more control over the sale price with a higher demand for available inventory. With the need to act quickly, buyers are continuing to see inventory be relatively tight in Arkansas with properties being snatched up in little over a month’s time.

Homeowners in Arkansas have been able to realize a modest 10.4% median home value appreciation over the past year. While this increase is positive and reflects continued growth in the market, this increase in Arkansas real estate is approximately 5% less than the average increase across the United States during the same period which is now showing the national median home value appreciation of approximately 16%. Since Arkansas remains one of the remaining affordable markets overall, this modest increase indicates that the real estate market in Arkansas has plenty of room for growth in the coming years but for now remains a relatively affordable housing mecca.